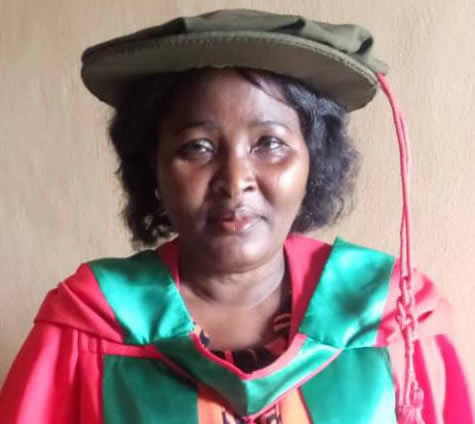 Dr. Nneka C. Mefoh (Mrs) is a native of Umudunu-Agbaja Abatete, Idemili North L.G.A. She was born on 10th October, 1963 to the family of Late Chief Christopher and Agnes Onyechi of Uru-Umuanugwo village, Ogidi in the same Idemili L.G.A., of Anambra State.

Dr. Mefoh has strong faith in God and believes in practical Christianity and reconciling men to their Creator. She also believes in rendering service to people at all times as unto God.

She started her academic career at the Oye Ogidi Primary School, Ogidi from 1971 to 1976. She was groomed and had her secondary education at Girls’High School Umunya from 1976 to 1982. She went ahead to the University of Nigeria, Nsukka for her tertiary education; here she earned a Bachelor of Education in Vocational Technical Education (Home Economics Education) in 1987. She later acquired a Master’s degree in Human Nutrition in 1992 and crowned it with a Ph.D in Human Nutrition in 2008, both from the Faculty of Agriculture of University of Nigeria, Nsukka.

She was with the Anambra State Task Force on Food Processing, Preservation and Storage Enugu (Special Public Works Programme of The National Directorate of Employment, NDE) 1989-1990. She began her teaching career at the Department of Home Economics (Sandwich) College of Education, Eha-Amufu (1989-1991) as a Part-Time Lecturer from where she moved on to University of Nigeria Secondary School, Nsukka Campus (March 1990- Jan. 1992) as Master II (Home Economics). Dr. Nneka was Part-Time Lecturer, Department of Vocational Home Economics Education, UNN, later to become a Lecturer II first at College of Education Eha-Amufu, Enugu State and then Anambra State College of Agriculture, Igbariam.

From a Lecturer II in 1992, she rose through the rank and file to become the Acting Provost of the defunct Anambra State College of Agriculture, Mgbakwu from 2007 to 2017, the Acting Rector of the new Anambra State Polytechnic, Mgbakwu from January, 2017 to 2018 and she was appointed the first Substantive Rector of Anambra State Polytechnic, Mgbakwu from March, 2018 to March, 2022. She has many publications to her credit in her field and other areas. She has a passion for Agriculture (practical livestock and crop farming), field of nutrition, family living education, entrepreneurship, skill acquisition and many others. Her hobbies include home keeping, sewing and community service.